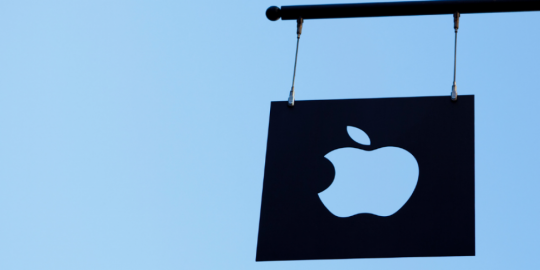 Aggressive actions of Russia against Ukraine lead companies to take more and more diversified measures of distancing. Besides taking tangible economic steps, Apple does everything possible to resist Russian authorities in the information field. So, in early March Apple Maps and branded Weather Apps started showing the Crimean peninsula as the part of Ukraine.

At the current moment the Crimea is in dispute, after Russia annexed the territory back in 2014. Even 5 years later, the tech industry is still playing catch up as they were only recently forced to comply with the request of the Russian Federation authorities - to show the peninsula as part of Russia when opening apps from its territory. This of course, led to major condemnation from Ukraine. In other countries, Crimea is shown as a “neutral” land - without belonging to any country.

Currently, all countries except Russia recognize that the Crimean peninsula belongs to Ukraine. It is unclear whether Google Maps will join this action, as the app currently does not show Crimea as belonging to any country for users outside Russia.

Other steps that Apple has taken to support Ukraine in the fight against Russian aggression include stopping the sale of its devices and closing all stores in Russia. In addition, the company has deleted all services and applications that belong to pro-state media from the App Store outside of Russia. Furthermore, Apple Pay has been suspended throughout Russia, meaning that customers of Russian banks that have fallen under sanctions will not be able to use the service even when abroad.

What is your opinion on the current state of affairs in Ukraine? Do you think that the steps being taken to counter Russian aggression are effective?